A killer transport app to rule them all

These days, the birth of a new transit app is not usually anything to get too excited about. But ‘Jelbi’, the soon-to-be-launched multi-modal collaborative effort between Berlin transit authority BVG and technology platform Trafi, could well be an exception. For Jelbi is being touted, in Tolkien-esque tones, as the “one app to rule them all”. 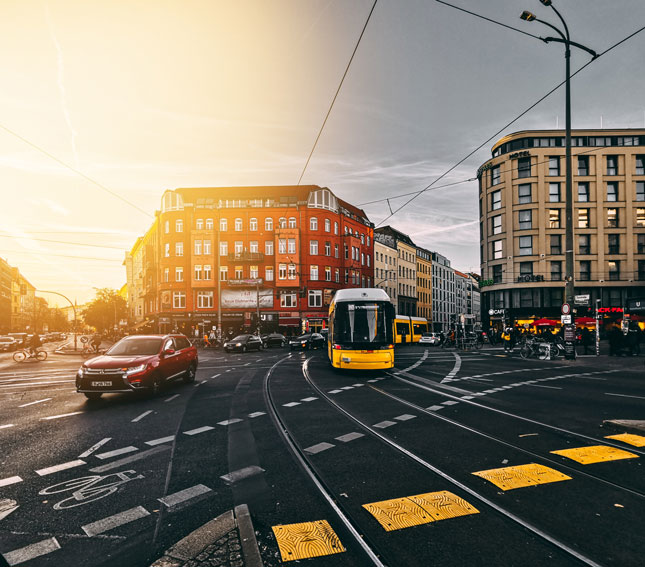 What makes Jelbi a different proposition for Berliners? Fundamental is the promise to integrate every transport mode available within the Berlin region into a single app. Not only does this include those forms of transport within BVG’s direct control – u-bahn, tram, bus and ferries – but also commuter s-bahn lines, as well their traditional competitors in ride-hailing and car-sharing. Excitingly, micro-mobility options making use of bikes and scooters will find a home in Jelbi too.

Up until now, users have been faced with an unfriendly choice of apps. Either those typically limited to a single means of transport (especially true of the newer, ‘disruptive’ scooter and bike entrants to the market), or officially-sanctioned efforts from traditional authorities that lag behind in usability and polish those authored by the private sector. The result has been that numerous apps are often required to effectively navigate the city. Not only does this make side-by-side comparison of modes frustratingly tricky, a user is forced to juggle multiple accounts and payment methods.

Moreover, this state of play tends to preach to the converted. A city or transit authority may wish to influence modal shift and get more people walking and biking, but without a single-platform solution that clearly sets out the options and removes the barriers to accessing them, many will just continue to default to their ‘usual’ transport mode of choice.

Jelbi’s killer feature therefore appears to be the combined offer of journey planning and ticket purchasing via a single portal. The advantages of this approach will also extend beyond the immediately obvious, too. Those behind the Trafi platform should bring with them an expertise in data analysis and manipulation that is often beyond the limits of in-house resources at transit authorities. Although it is now the near-norm for authorities to openly release data for private developers’ use, the quality and completeness of said data is often variable at best. Witness in recent times the growth of specialist agencies whose sole raison d’être is to verify, clean and re-purpose data in ways that make meanginful innovation possible and feed applications of a higher standard.

Approaching from the other angle, BVG will provide the partnership with valuable brand acceptance and user trust from day-one. BVG have been in the business of moving Berliners around for more than 90 years now. The app’s name, Jelbi, is a none-too-subtle nod to this fact – it appears to be a Berlin-style play on the German word for ‘yellow’, which actually makes a lot of sense when you consider that this is the single-colour uniform worn by u-bahn trains, buses and trams across the city.

Of course, Jelbi will be entering a market with a number of existing players already well established. Citymapper, Moovit, Öffi, Google Maps will all have the jump on the BVG/Trafi offering by several years. However, none will be able to offer the single-app solution to navigating Berlin’s streets with ease. This public+private partnership should bear fruit, and other cities will no doubt be watching with great interest.

Photo by Gilly on Unsplash