A workshop on Wayfinding concepts at Walk21 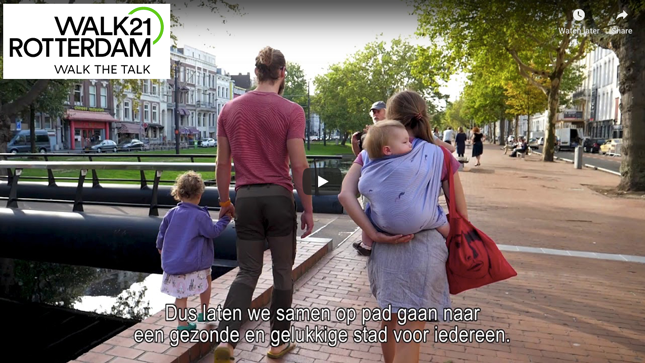 Walk21’s annual conference of cities, looking to promote walking for health, quality of life and sustainability, was held in Rotterdam last week. T-Kartor were invited to put wayfinding on the agenda by hosting a workshop together with Steer, Royal HaskoningDHV and the City of Amsterdam.

The conference offered fascinating insights and creative means to establish walking policies, from building a business case for investing in walking infrastructure to designing the city around walking and soft measures such as social events emphasizing health benefits.

Our workshop introduced wayfinding as a powerful component to influence travellers’ habits. Wayfinding actively encourages walking by changing people’s perception of distance, removing the fear of getting lost or disorientated and highlighting places of interest that would otherwise be missed. Attractive signage and maps are a very visible and positilvely perceived part of walking infrastructure. 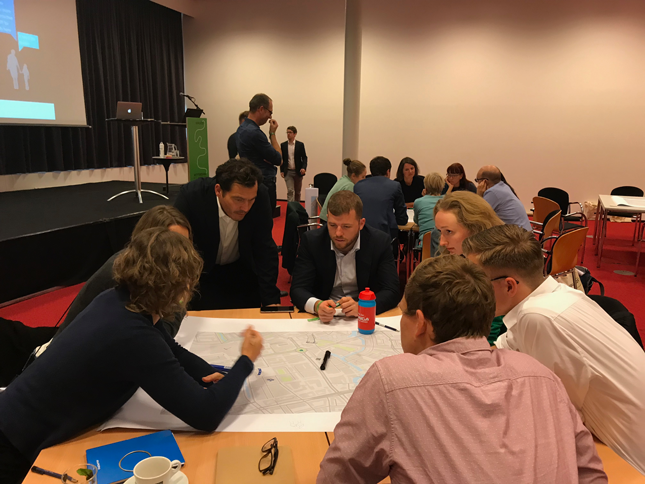 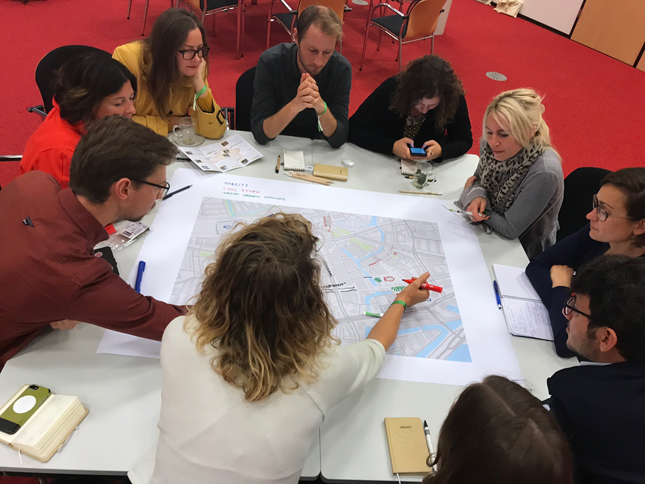 Our aim was to increase understanding about the complexities of designing content for various use cases. We did this by splitting the workshop into four groups which were to represent diverse users:

Each group was given a blank map of Rotterdam and asked to add content which would be most relevant for their user profile and situation. Limiting the content of a map in this way makes it less cluttered, increasing legibility. Making the map useful requires a content selection exercise such as this. 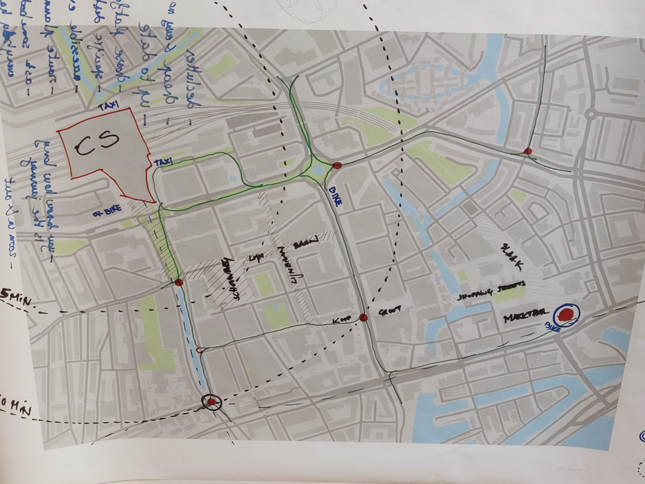 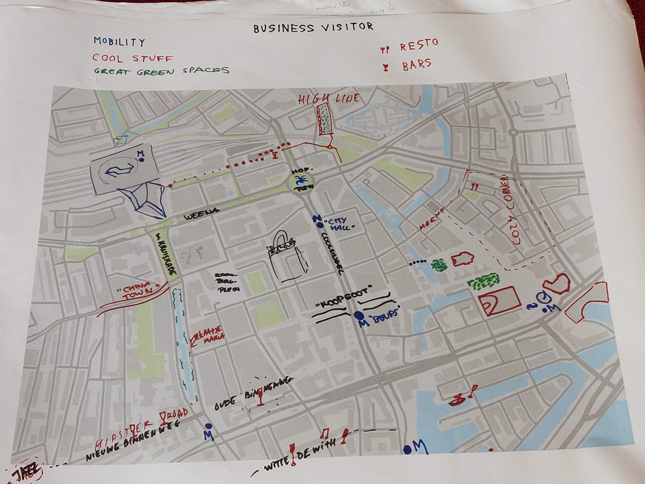 The groups poured over their maps and engaged in discussing how different types of content would affect how a user moves around the city. Among the interesting themes and ideas to arise from the discussions were the following:

Having introduced the idea of curated maps for effective wayfinding, we were interested to see if our participants were convinced of the value of a good wayfinding system to enhance walkability. We split the groups and sparked a debate on whether bespoke mapping was more effective than generic mapping, and whether physical signs are needed at all, or if digital apps have made these obsolete.

Digital map apps are very popular on the whole and let’s face it, we all use our smartphones to find specific destinations in the absence of a wayfinding system. They offer the possibility to zoom in and out, jump to streetview for an alternative view and preferences allow a tailored user experience. Add to this the possibility for routeplanning and access to the maps from everywhere.

However our workshop groups felt that physical maps were better at promoting active mobility. The also worried that older people are not always tech-savvy enough. Digital also discourages children from moving autonomously by taking decisions for them. Mobile apps also show the fastest route, the default choice is often by car, whereas physical signage can offer the opportunity of chosing nicer paths.

Our participants felt enthusiastically that customised maps attract people towards what the city wishes to promote. Wayfinding signs were seen as beautiful, showing a city taking good care of public places. They were seen as a powerful tool to direct people to certain parts of the city, with the ability to enhance some areas as ‘more attractive than they actually are’.

Walk21 attracts policymakers and thought leaders from all over the world to discuss ways to develop strategies for walking. This sustainable, inclusive, healthy form of transport is often taken for granted despite, or perhaps because of, the fact that most people walk part of a journey every day. It is therefore overlooked in mobility strategies which are focussed on controlling congestion and developing public transport options. Our City Wayfinding workshop was just a small step towards redressing the balance, and underlining how a simple tool such as a well-designed, well-purposed basemap can be tailored to influence how people choose to travel around a city.