Cycle Wayfinding to convert the masses

Journey planning apps for cyclists are preaching to the converted. In order to convert the masses to cycling a broader approach to cycle wayfinding is necessary.

The best cycle wayfinding system would enable a local authority to decide the best and safest routes for cycling, then get people to use them. These recommendations would be combined with Strava-type data about actual users for maximum value. This system would also allow investments in infrastructure to be flagged, publicised and its use encouraged.

So how do you convert the masses using cycle wayfinding?

The following principles were established in a study for Transport for London. The study was carried out by Arup in 2010.

Directional signage and cycle safety warnings are combined with a small network map in these consistent, eye-catching designs by Aspect Studios. 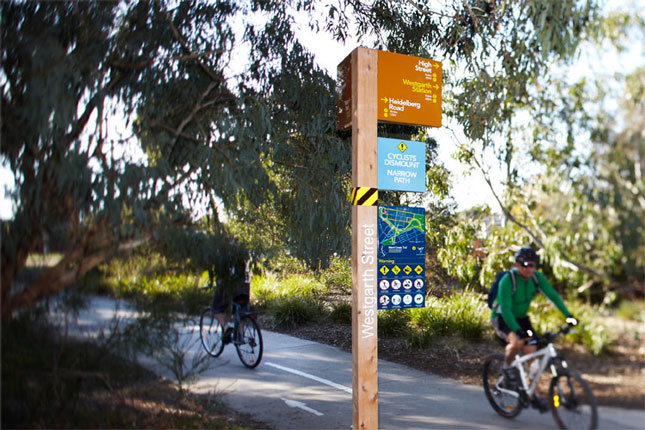 This visually strong directional signage can be used to compliment a wider system and reassures riders while allowing them to keep cycling. Cardinal directions are colour coded and landmarks are referenced to help cyclists draw a mental map in their mind. Wayfinding like this makes cycling more predictable, efficient and enjoyable. 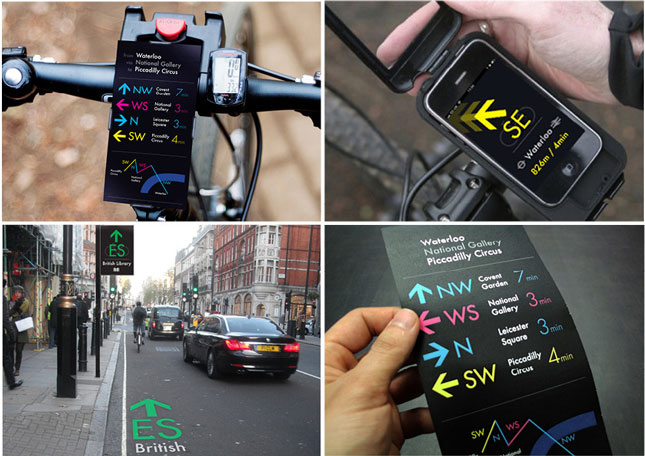 A set of different information types can be used to follow cycle journeys to their conclusion. A system which starts with “station this way” then follows up with visual reminders should be carefully thought through and needs managing. 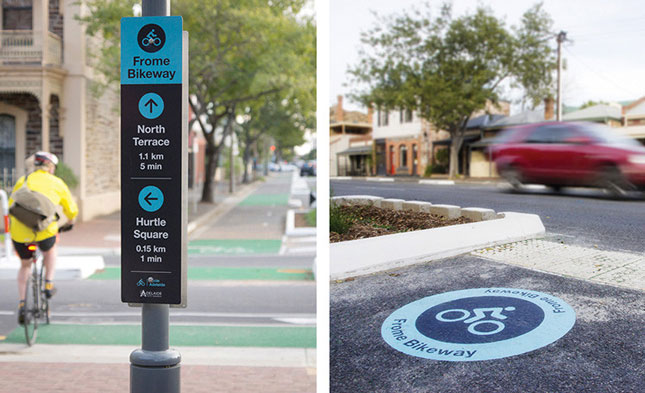 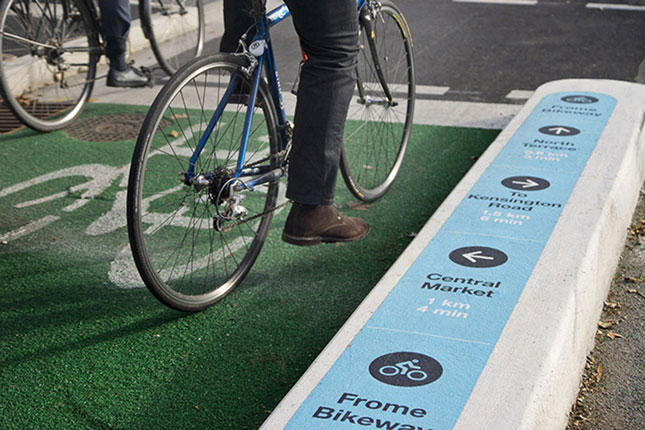 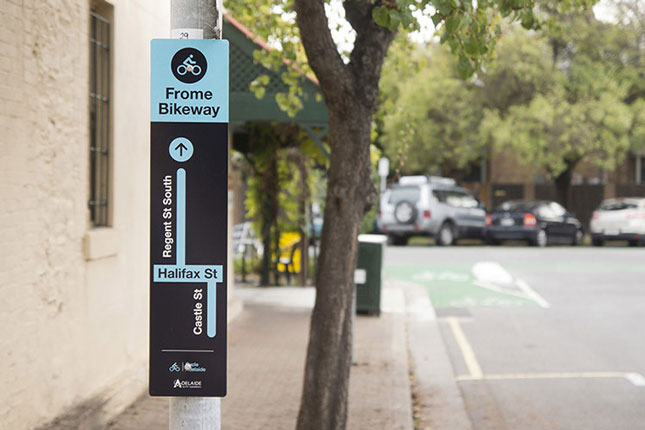 Distance and gradient information, as well as consistent and easily identified information characterise this cycle wayfinding system by Maitena Goitia.

Safety hot-spots should be clearly marked with alternative options available, as in this example from Portland, USA. 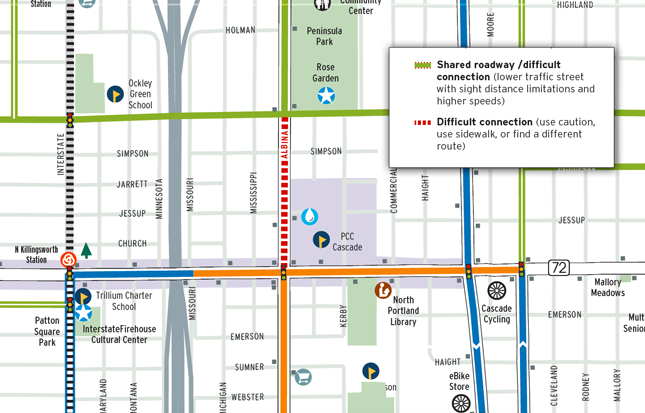 Maps should show enough detail to assess safety conditions. This New York cycle map, part of the WalkNYC wayfinding system, is an example of such high level detail. 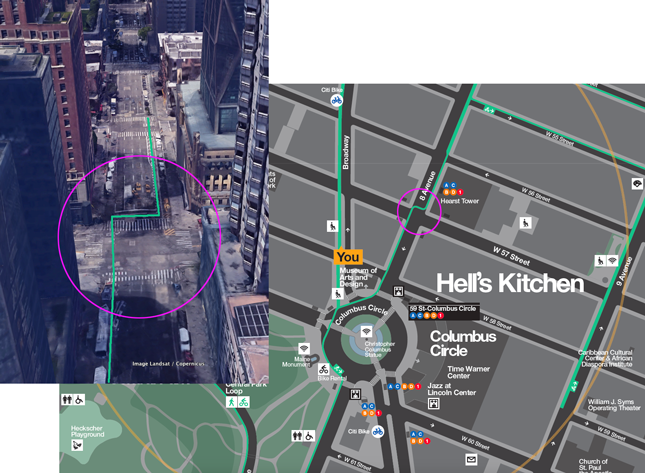 Distances are important information for cyclists. This example from the Legible London wayfinding system shows a clear indication of journey times as a schematic representation along a recommended cycle route. 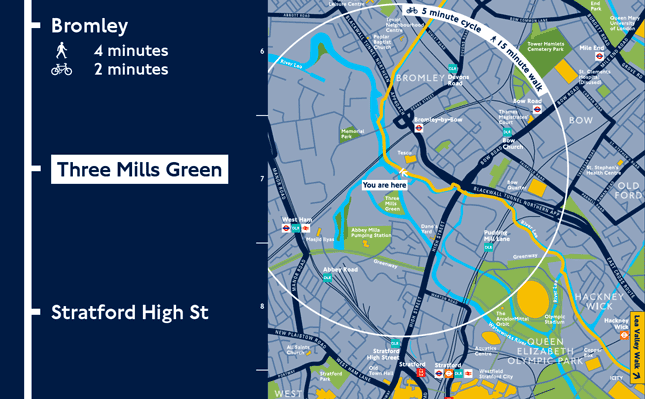 A system for managing the above

A comprehensive cycle wayfinding system such as these requires careful planning and management. Each information type, including cycle symbols and arrows, are wayfinding assets which contribute to the whole.

A core cycle information database is the best way to store all the planned and existing infrastructure in one place.

The Legible London and WalkNYC examples above use a core database to store the data in such a way that it can be used directly on cycle wayfinding information. This has the following advantages:

A well planned and managed system for cycle wayfinding, using well organised data, will go a long way towards converting the masses and creating a cycling culture.