The city of Leeds has capitalised on a intensive period of development to improve the information it provides to locals and visitors. In particular, this investment in infrastructure has seen the city overhaul its wayfinding system and introduce Legible Leeds. 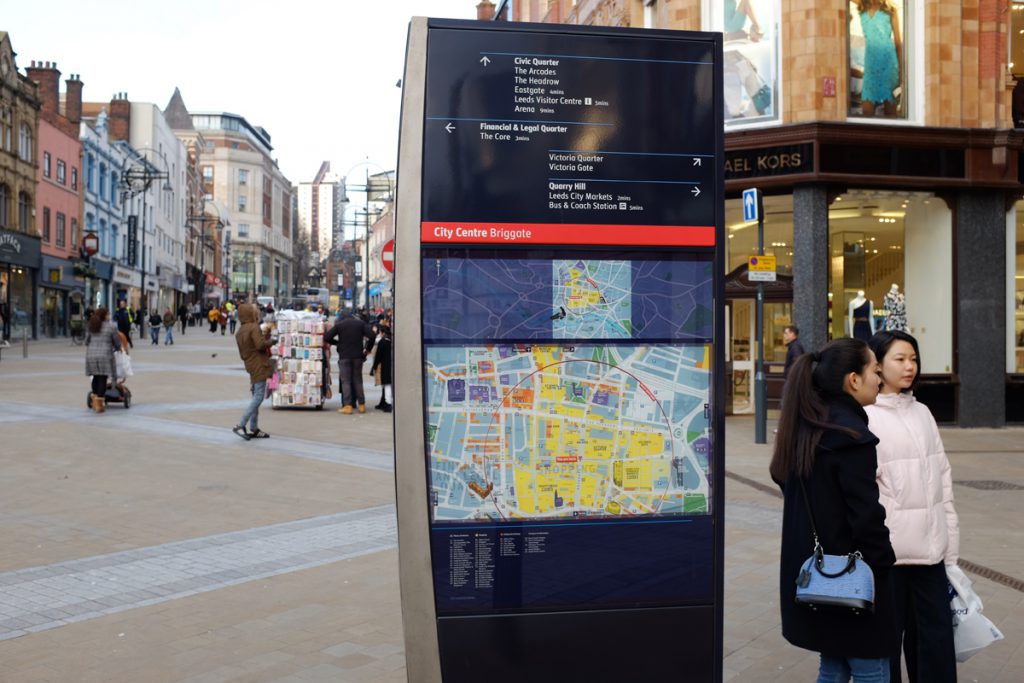 Before Legible Leeds, wayfinding for pedestrians in the city was in an unsatisfactory state. For example, different signs referred to at least four different names for the main railway station and three for the local tourist information office. These disparities were a symptom of Leeds lacking an integrated pedestrian information strategy, with no less than six separate, disjointed wayfinding systems in place. Moreover, the official city centre map appeared designed to serve vehicle access and car parking, rather than help pedestrians navigate.

Out of this situation, Legible Leeds was conceived and developed in 2009-10. Seeking to homogenise pedestrian signage within the city, it also had ambitions to promote Leeds as an accessible, attractive and active destination. Its core objectives included:

In particular, these dramatic changes to the cityscape benefited pedestrian experience of the city by: 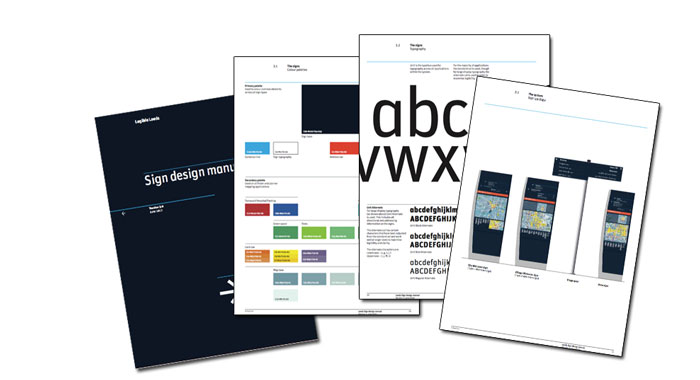 The Legible Leeds Sign design manual sets out every detail of a complex design
While the initial funding for Legible Leeds was provided by Leeds City Council and the regional development agency, the two subsequent expansion phases have been supported by development companies. Specifically, the opening of the Trinity and Victoria Gate commercial centres in 2013 and 2016 have led to more Legible Leeds signs being installed. These developments significantly change the ‘gravity’ of the city centre, and a contribution towards the refresh and expansion of the wayfinding system was agreed upon. 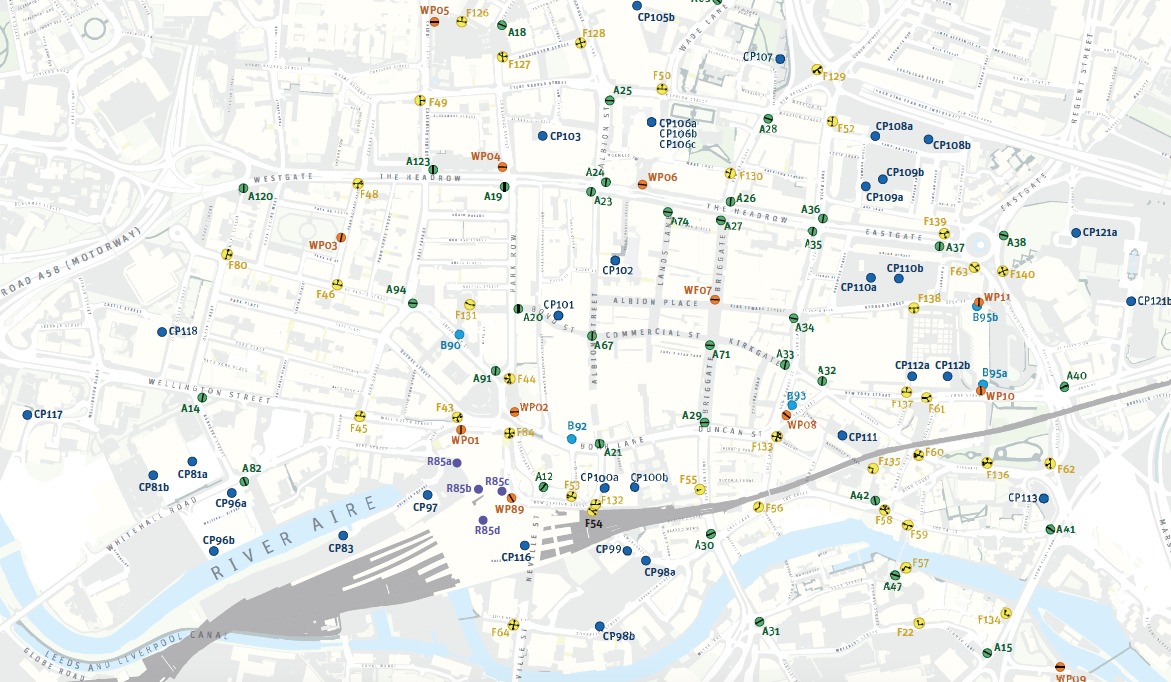 The positions of various types of wayfinding signs

Lessons learned from this project were many. The design specifications for the initial phase of Legible Leeds were ambitious, and included solar panels, LED backlighting, vitreous enamel surfaces and no visible fixings. Complications arose, however, and subsequent phases of signs were re-specced to leave out much of the ’nice to have’ features. This resulted in per-sign cost reductions of over 70%. Asked if lower cost signs also have an appearance of lower quality, Mark Durham reassuringly states that his belief that if the core function of each sign – its mapping and directional information – is of a high quality, then this will mitigate any effects of cheaper construction. 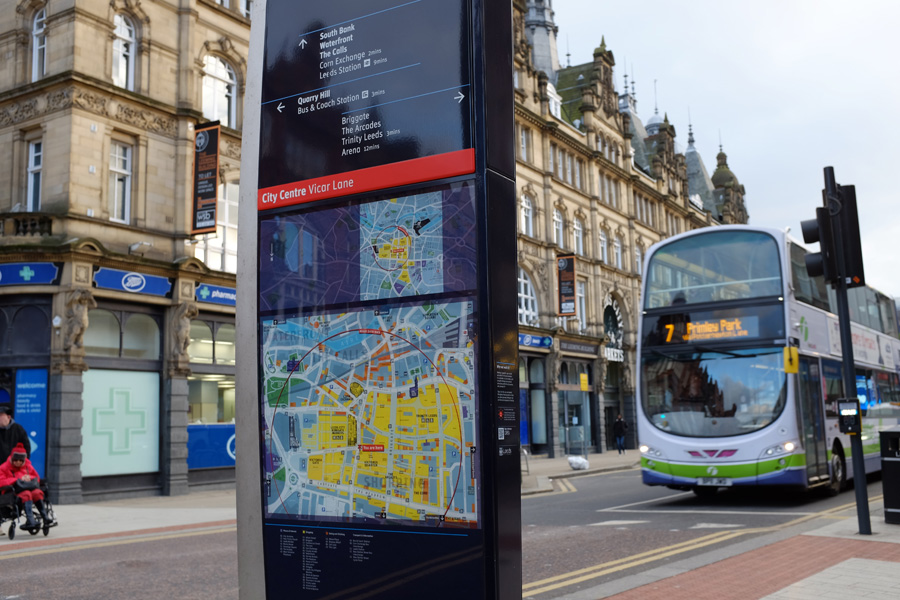 When asked for his top tips for any cities wishing to implement a system of their own, Mark Durham had the following recommendations: 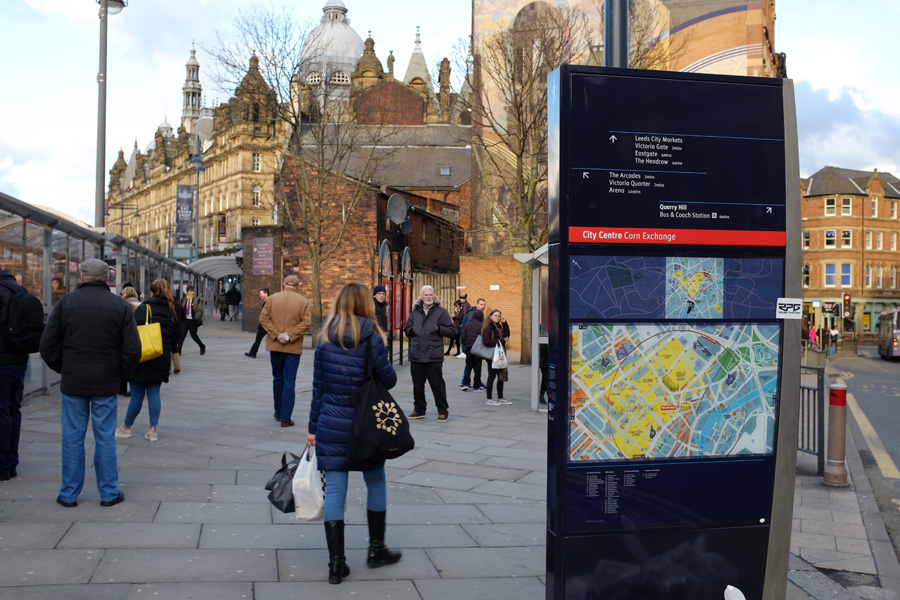 With an effective investment model, and strong support within both the private developer community and the city council, the Legible Leeds wayfinding system is well placed to develop and expand at the same time as the city it represents does.