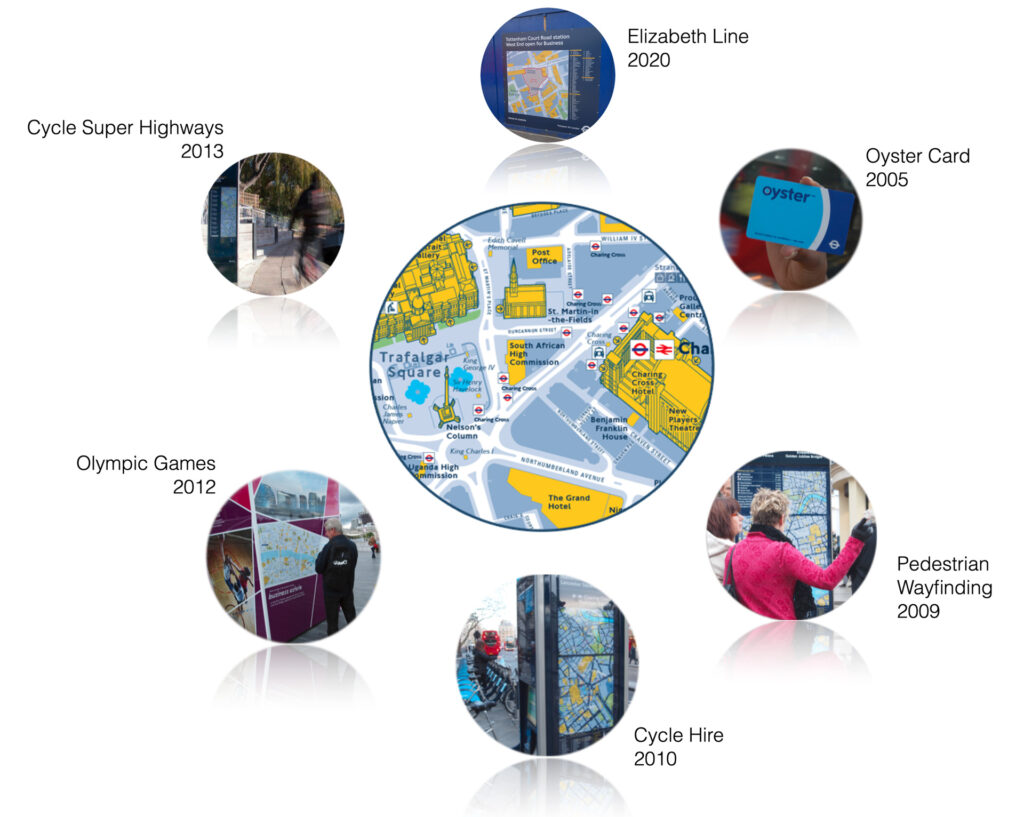 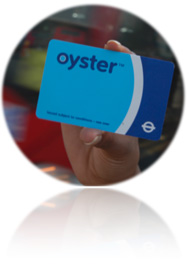 The introduction of the Oyster Card in 2005 meant that buses could become cashless, increasing the throughput of passengers and vastly improving bus journey times. This strategy was supported by Legible London, in the form of 13,000 unique bus stop maps, which were automatically generated by T-Kartor’s platform. These maps showed the nearest outlets where tickets could be bought for people without an Oyster Card. 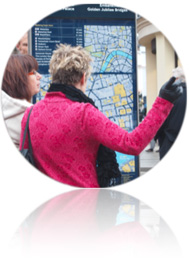 Legible London was rolled-out across the whole of London to encourage people to walk. This was achieved by helping people to never feel lost, giving them the confidence to explore, highlighting pleasant places to walk and interesting things to see and revealing short walking times. 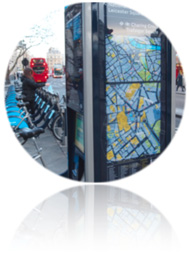 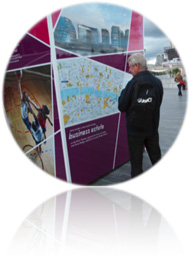 The London 2012 Olympic Games saw 5 million visitors to the city, doubling the strain on the public transport system. Legible London wayfinding information helped TfL to direct people to less used underground stations, helped visitors understand where all the venues were in relation to well known tourist sites and encouraged people, where possible, to walk or cycle. 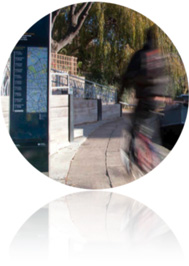 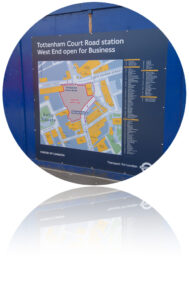 Many stations throughout London were refurbished and extended for the Elizabeth Line. This major overhaul caused frequent disruptions to commuters’ routes, some stations handling over 100,000 passengers per day. The Legible London basemap is used to show diversions at very short notice, helping passengers to find new underground entrances and re-routed footpaths.

With the Legible London City Wayfinding platform in place, it was possible to support each of these initiatives with relevant information within a short period, in the knowledge that the basemap used to underpin the information is constantly updated and approved.