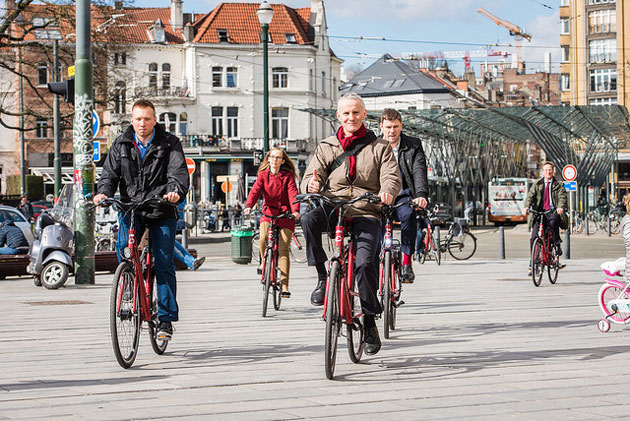 Cycling and walking can now be properly integrated into transport planning, thanks to a three year EU-funded project which concluded last month. The Horizon 2020 project: FLOW has left an impressive legacy.

“Before the project, cycling and walking were not included in transport modelling and therefore not properly integrated into congestion planning” says Kristin Tovaas at Rupprecht Consult GmbH,  FLOW project coordinator and one of 12 FLOW partners and 6 partner cities. “The collective understanding of congestion was founded on vehicle studies, so links to walking and cycling were poor. The FLOW project has finally put walking and cycling on an equal footing with motorised modes of transport.”

FLOW project objectives were as follows:

In order to change current thinking, a multi-modal definition of congestion was developed, innovatively based on “moving people, not vehicles”. This enabled research to include the impact of cycling and walking on congestion. Theoretical examples were then tested by the project’s partner cities: Budapest, Dublin, Gdynia, Lisbon, Munich and Sofia and results shared across a broad European network. 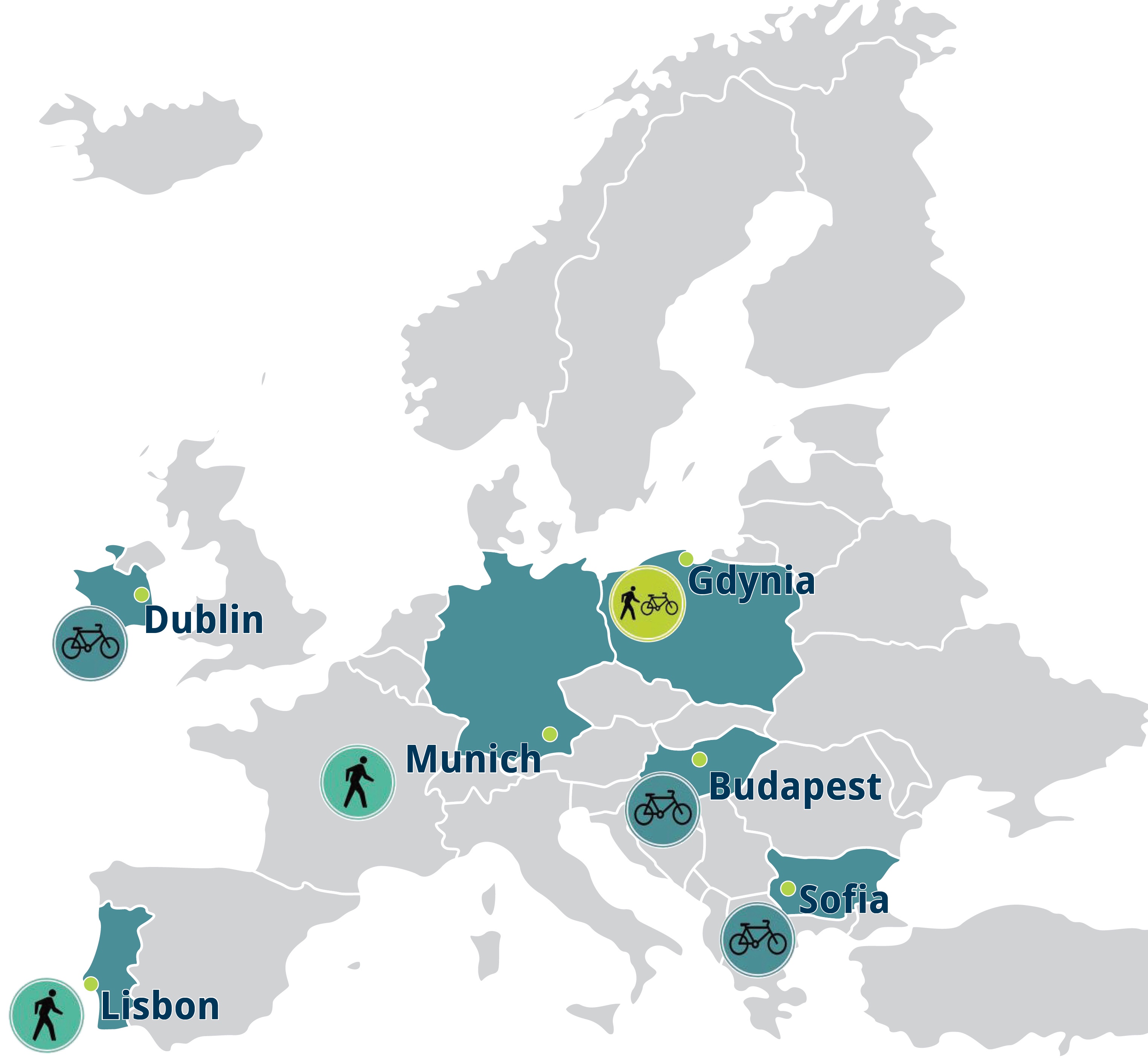 Initial studies found that cities are becoming more aware of the long term social and environmental advantages of walking and cycling. However, planning departments have been unsure how to model proposed schemes properly or how to assess potential impact accurately.

A state of the art approach was needed to adjust traffic modelling tools to accurately analyse the congestion-reducing impact of walking and cycling. These tools were developed in close cooperation with the FLOW partner cities, so feedback from tests could be incorporated into development.

Impact assessment proceedures were also devised using congestion-reduction Key Performance Indicators which take into account walking and cycling and which include social, environmental and economic benefits.

A project team of 12 organisations and 6 test cities concentrated expertise from business, academia and walking and cycling champions in order to address the goals. In order to spread the knowledge benefits as far as possible, a network was established of Exchange and Follower cities and an online experience exchange platform was set up for public use. 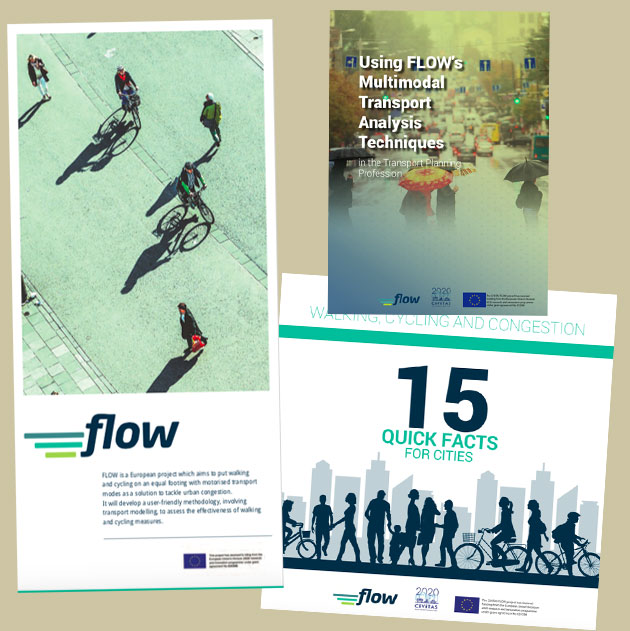 During the three year project, FLOW has trained implementers from 40 European cities in how to implement FLOW methodology and assessment tools. A great experience exchange was encouraged, with information spread through a series of webinars, conferences and e-courses.

FLOW developed a comprehensive summary of information on why and how walking and cycling could be used to address congestion by local decision makers and other key stakeholders.

A portfolio of measures describes a broad range of initiatives for walking and cycling and their effect on congestion. These initiatives range from infrastructure to behaviour-centric approaches, and depending on local circumstances, each can have different effects on congestion.

A handy leaflet presents 15 quick facts for cities, aimed to draw awareness to the issues:

Tools have been developed and tested for modelling walking scenarios. Planners can thus create theoretical scenarios to compare and assess alternative plans, measuring walking variables such as  routing, queueing, dwell time and pedestrian capacity. These tools place the pedestrian in multi-modal environments and are designed to work hand-in-hand with traditional tools for traffic simulation.

In summary, the project concluded that there were a diverse range of initiatives which can increase walking and cycling while improving congestion, or at least leaving it unaffected. The wealth of information, network of practitioners, best practise tools and processes which are the legacy of FLOW will hopefully give walking and cycling the recognition it deserves along with other forms of transport.