City Wayfinding information encourages people to explore, try new routes and find sustainable methods of travel. This requires users to trust in the accuracy and currency of the mapping. That’s why T-Kartor has effective maintenance plans so cities can manage spending while retaining value in their system.

Cities are constantly being improved and developed in ways which require an update to the Wayfinding basemap. The following examples indicate just how much things can change: 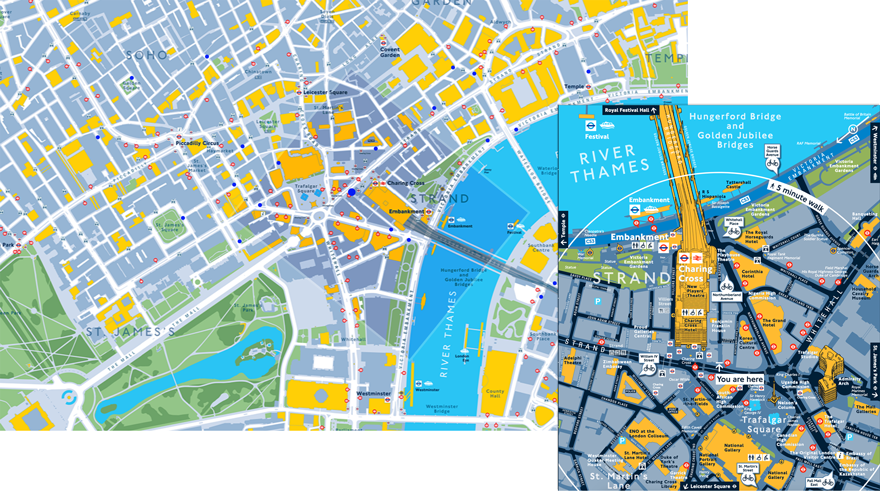 Docking stations in London are relocated very frequently, most often as a result of an ongoing real estate development, after which they will be moved back. The above illustration shows an inset Cycle Hire docking station map (its position marked ’You are here’), with six nearby alternatives marked on the map. The larger map, from T-Kartor’s online content management portal, shows the map frame and the position of all nearby docking stations which would need updating if this particular one was relocated. 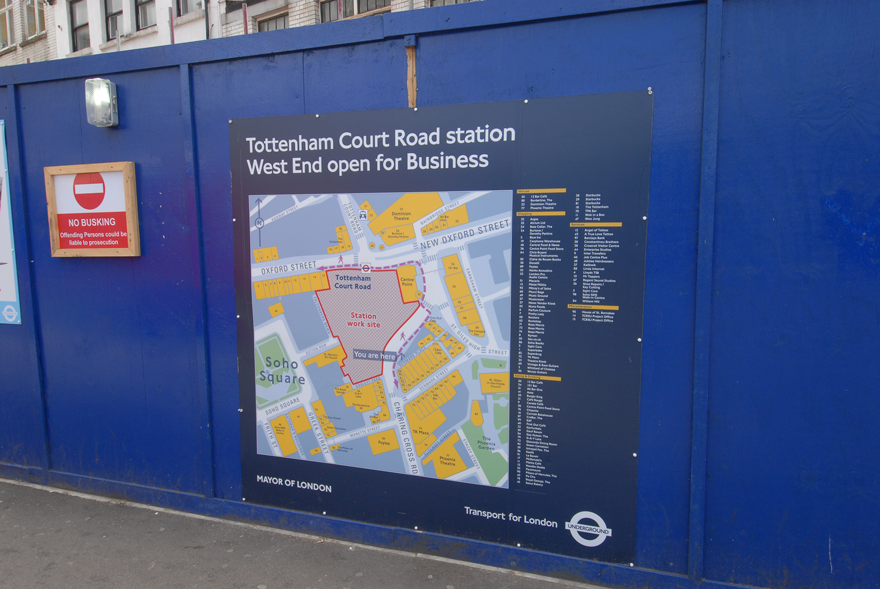 During the ten year existence of Legible London wayfinding the city has seen hundreds of substantial infrastructure projects, many involving temporary disruption to transport services. These included the London 2012 Olympics, the Elizabeth Line and the London Overground.

Legible London serves to link walking and cycling journeys with all modes of public transport, creating a seamless journey experience for millions of passengers. The footfall of Tottenham Court Road station (above) will increase from 87,000 – 306,000 per day when the Elizabeth Line opens. This map shows how the wayfinding basemap is constantly updated and used to inform people of changes as they happen. 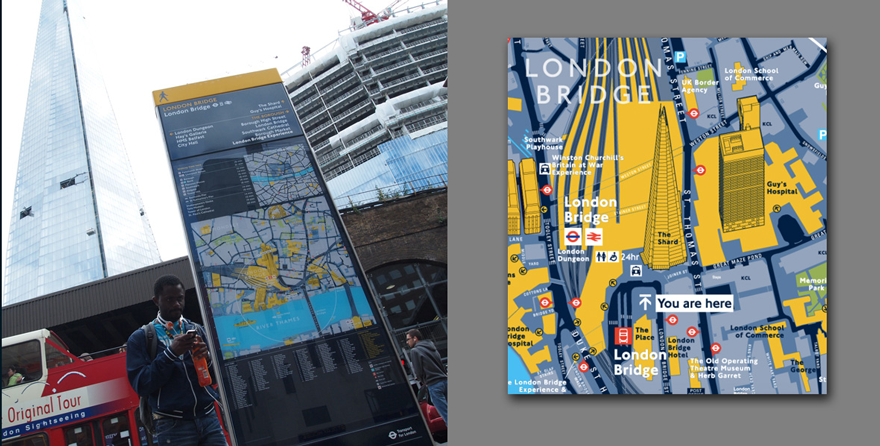 When the Shard was built in 2013 it was a major landmark, being the (then) tallest building in Europe. As a landmark for pedestrian wayfinding the 3D model produced on Legible London maps helps people navigate and get a sense of orientation.

The distribution of Legible London signs allows pedestrians to refer to several maps during their journey to remind and reassure themselves along the route. For this reason it was essential that all maps were updated at the same time to display the Shard, ensuring consistency.

In order to help our customers save money on wayfinding system maintenance, T-Kartor used our expertise in GIS analysis to devise new optimisation methods: Smart Updates.

It is obvious that the level of development across London is uneven, and that certain areas need more updating than others. However, closer analysis showed that while some map signs in the suburbs hardly change during a three year period, signs in the centre (e.g. close to re-developed Elizabeth Line stations), could face major changes on a monthly basis.

In addition, the types of infrastructural change have an unequal impact on the perceived accuracy of the map. The following basemap updates are ranked according to their impact on map users (high to low):

A major change such as a station closure should trigger an update of all maps on which that station is included (as public transport information is the highest priority information for TfL). In contrast, re-naming a landmark building need only be amended on the Master basemap for automatic inclusion in future map sign updates.

This open level of access to the system allows city authorities to make their own assumptions and analyses, planning the level of map product updates that best suits their budget.

Smart Updates enables the city to put available budgets to best use.

As part of a planned, controlled maintenance policy, the online management portal and Smart Updates routines allow city authorities to ensure a minimum level of maintenance to retain the value in their wayfinding system.