So, the majority of Londoners still refer to the forthcoming Elizabeth line by its working title “Crossrail”. Jonn Elledge’s excellent CityMetric site recently crunched the relevant Google analytics, and concluded that despite ”Elizabeth line” being the official name for London’s new railway for the last two years, searches related to “Crossrail” outnumber them by a significant margin.

However, as Jonn himself clearly notes, the simple explanation for this is the fact that line is not yet open. Come December of this year, when the central London core from Paddington to Liverpool Street (and beyond to Abbey Wood) enters service, the “Elizabeth line” moniker will be thrust into the collective consciousness of fare-paying punters. 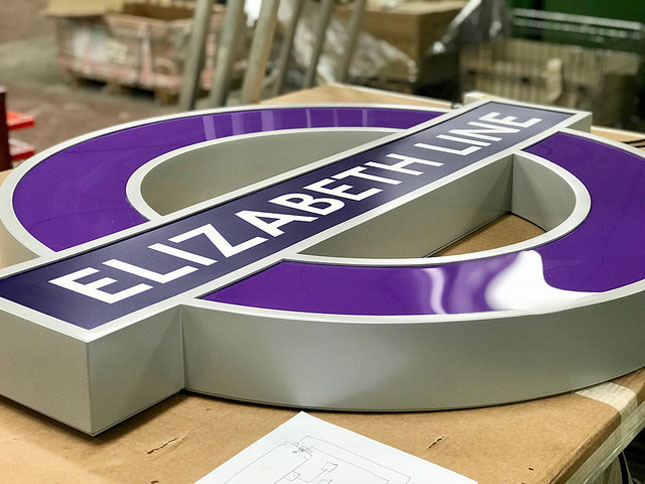 The Crossrail brand has had a good run. Depending on how you define things, the desire to build a new east-west railway tunnel under central London can be traced back to the early 1940s, with “Crossrail” itself first appearing in 1974’s London Rail Study. It took until 2008 before spades were in the ground, joining all of the necessary hype-building and stakeholder winning-over, neatly wrapped in the Crossrail name. The brand has been aided by the fact that the line (should) open on time, on budget. This has ensured that the push for another, even more ambitious (read: costly) cross-London railway is currently being promoted as Crossrail 2.

The Elizabeth line name, by comparison, has had a much shorter gestation period. Originally floated by ex-London Mayor Boris Johnson in the summer of 2013, it wasn’t until Johnson’s last few months in office that TfL confirmed the switch in name. The Crossrail brand’s days were numbered, news not met with overwhelming public support. Much of the criticism appeared linked to personal opinions of the monarchy, personal opinions of Boris Johnson, or the not unreasonable thought that surely Her Majesty has had enough transport infrastructure named in her honour already.

But, let’s put those arguments to one side for a moment. Maybe, just maybe, christening London’s newest railway as the Elizabeth line is actually better for people just trying to get around easily. To consider why, we only need to look back to the last time London’s Tube map was invaded by newly-acquired rail services and TfL’s launch of the London Overground in 2007.

The future was orange

The London Overground brand, and striking orange colour palette, was as much about distancing itself from the services customers had endured previously as it was about embracing these parts of London’s railway within the TfL family. Such success was had by TfL, that by 2015 the Overground had grown to encompass seven separate lines and spawned, with possible exception to RER C in Paris, the world’s most user-unfriendly network map. 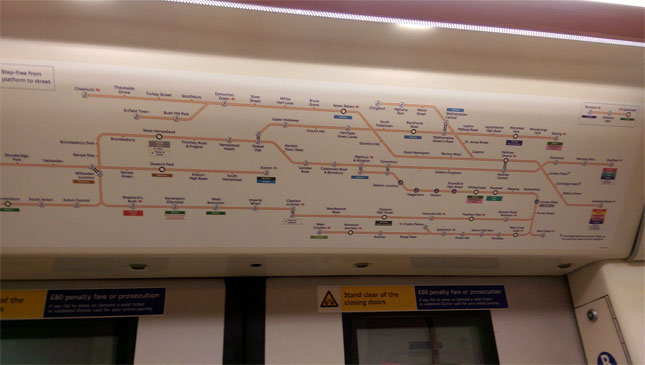 London now has seven lines on its Tube map without individual names, all thrown into the homogenous London Overground bucket. The result is a distracting dominance of orange that hinders the effectiveness of a once much-heralded design. Whereas users previously navigated the Tube following a principal of one colour per line, they are now being asked to make sense of a single colour being applied to a morass of lines on the map.

A line and not a network (yet)

Getting ahead of the game in Crossrail’s case is a move in the right direction. The use of “Elizabeth line” marks a return to baptising by line rather than by network. It’s not a particularly original name, arguably nor was it TfL’s choice, but just maybe the Elizabeth line will be sure of its identity from the start – and make finding your way around it that much easier. Although we are (at least) a decade and a half away from seeing the Elizabeth joined by a new Crossrail sibling, London’s transport authority is fully prepared for the coming of the Charles/Harry/George/Megan line in the 2030s.

Now, if only we could untangle the Tube map by then…