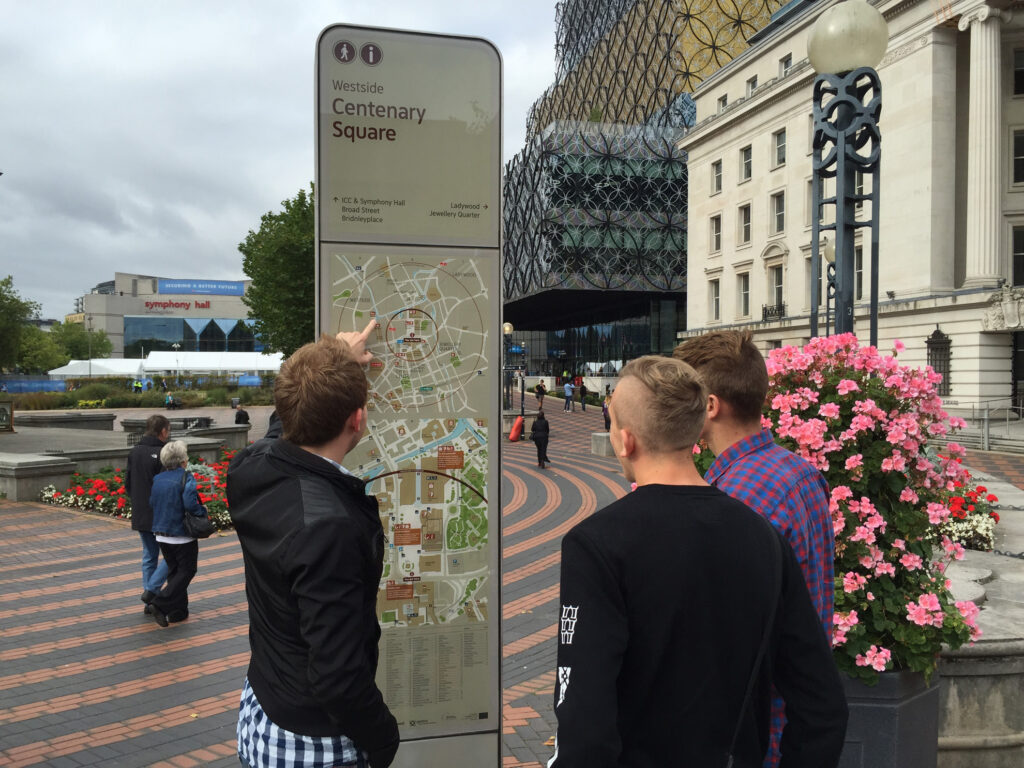 Interconnect West Midlands is a city wayfinding system created to improve the journey experience by enhancing the quality of information across all media channels, transport services and public environments.

Interconnect is a collaboration between public transport, tourism and investment authorities and a multitude of stakeholders. The basemap has been designed to highlight local heritage, canals and shopping areas in an effort to improve the reputation of the region, attract visitors and strengthen the economy.

The basemap can be output in two tones depending upon the information product. A light base is used for pedestrian information, with text boxes describing places of interest (such as shopping areas) for visitors. A complementing dark base is used to provide contrast for overlays with colour-coded public transport information. Bus stop signage is backlit to further accentuate this effect.

The basemap coverage has been extended in stages, first by doubling the city area covered, then adding satellite towns such as Coventry, Solihull and Longbridge. As new areas were added, the original map area in the city centre was updated to reflect a new layout for New Street Station and a new tramline extension through the city centre. In preparation for the opening of such major infrastructure developments the core basemap is updated from architectural plans and field surveys so that updated map products can be output in the area affected.

T-Kartor’s online management portal is used for the efficient maintenance of database and map assets via a standard web browser: 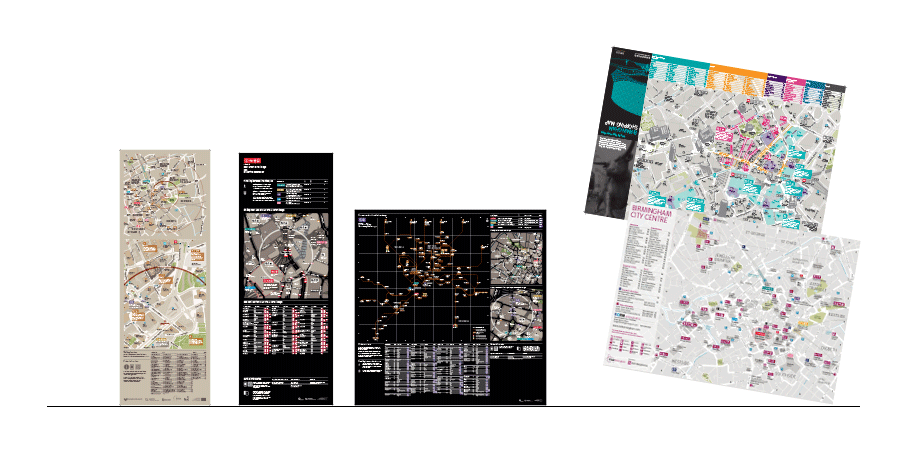