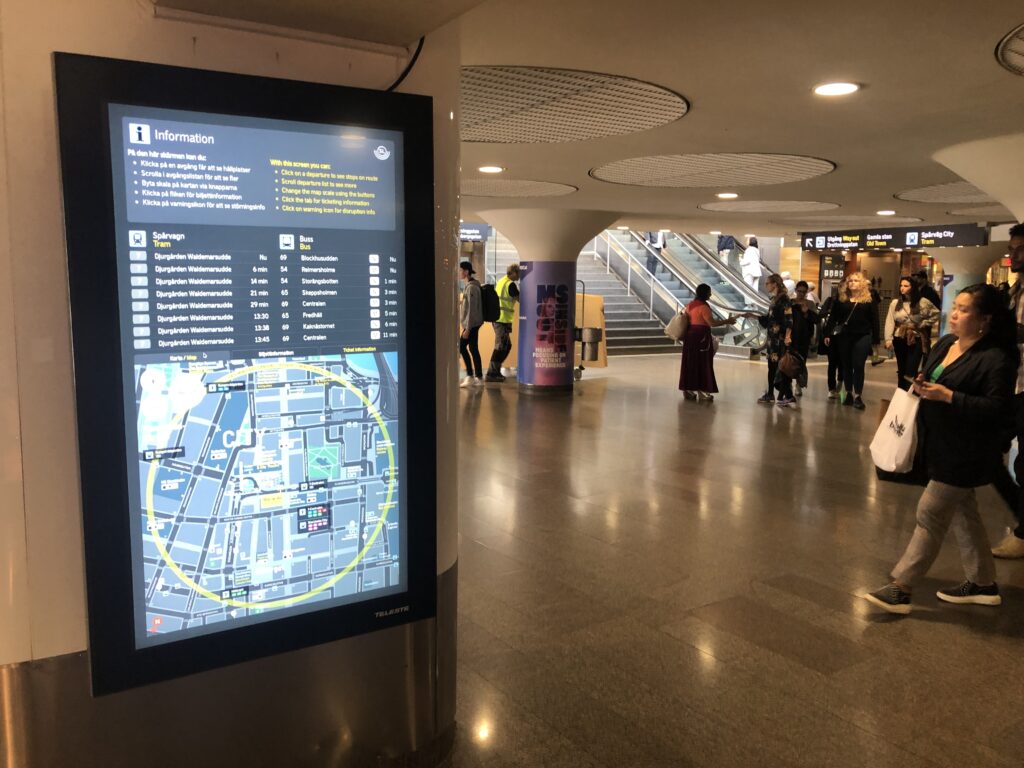 As part of Storstockholms Lokaltrafik (SL) Red Dot Design Award-winning new visual identity and signage design (by Familjen), T-Kartor were asked to help by creating a design for station maps. This was seen as a chance to provide a consistent mapping style across all modes of transport, so we set about creating a basemap for Stockholm which could be used for onward journey information at stations, bus stops, ferry terminals and tram stops. At Stockholm Central Station our maps were placed at all the station’s dispersed underground exits to orientate people for an onward journey on foot or in combination with another transport mode.

The UITP congress, the world’s largest public transport conference, was hosted by Stockholm in June 2019. In order to give these keen-eyed visitors a transport experience to remember, SL asked T-Kartor to develop innovative digital information screens at key hubs between the exhibition and the City Centre. The resulting screens show real-time arrivals of nearby modes of transport. Clicking on an expected arrival will interact with the map, which zooms in and highlights the relevant connection. A simple line of route diagram for that service also appears. Through a simple web connection SL can push service disruption notices and emergency messages.

The Stockholm basemap was initialised covering an area of 40 km2 of the central city and tourist destinations. This area was a suitable size to test a range of product types encompassing each mode of transport. Existing infrastructure was used where possible, such as bus and tram shelters, in order to limit costs and focus on achieving a useful volume and range of information products in a short time.

T-Kartor’s city wayfinding mapping platform will enable us to simplify the next planned stage of basemap roll-out: to bus stops and underground stations across the whole city.

In order to create the interactive Digital Wayfinding signage, live transport data feeds were integrated from all available modes. The basemap was optimised for digital outputs (due to specific resolution and formatting constraints) and the transport symbology layer was replaced by interactive objects. As a future extension, a full digital wayfinding service will allow accommodate zooming, panning and a variety of output formats, requiring a seamless basemap in several scales.

Passenger information products created from the SL basemap to date:

“We are pleased to confirm that T-Kartor have been valued suppliers of cartographic services to Storstockholms Lokaltrafik (SL) for the past three years. Their work has contributed to great improvement for our customers. Both in the short and long term perspective and we believe that their competence and know-how have been a key factor in our successful work with wayfinding for the Public Transport of Stockholm County” 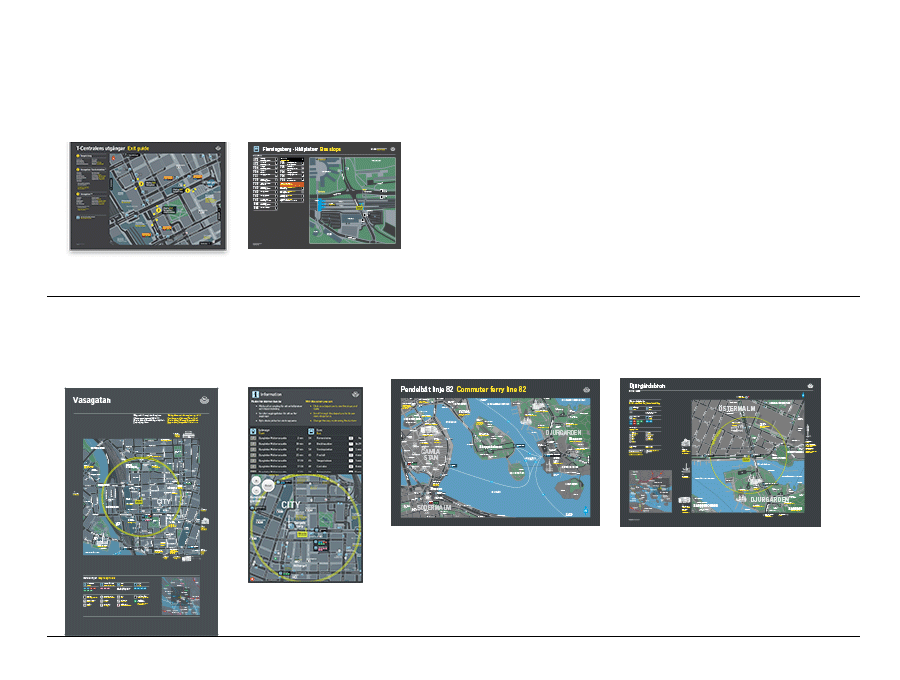