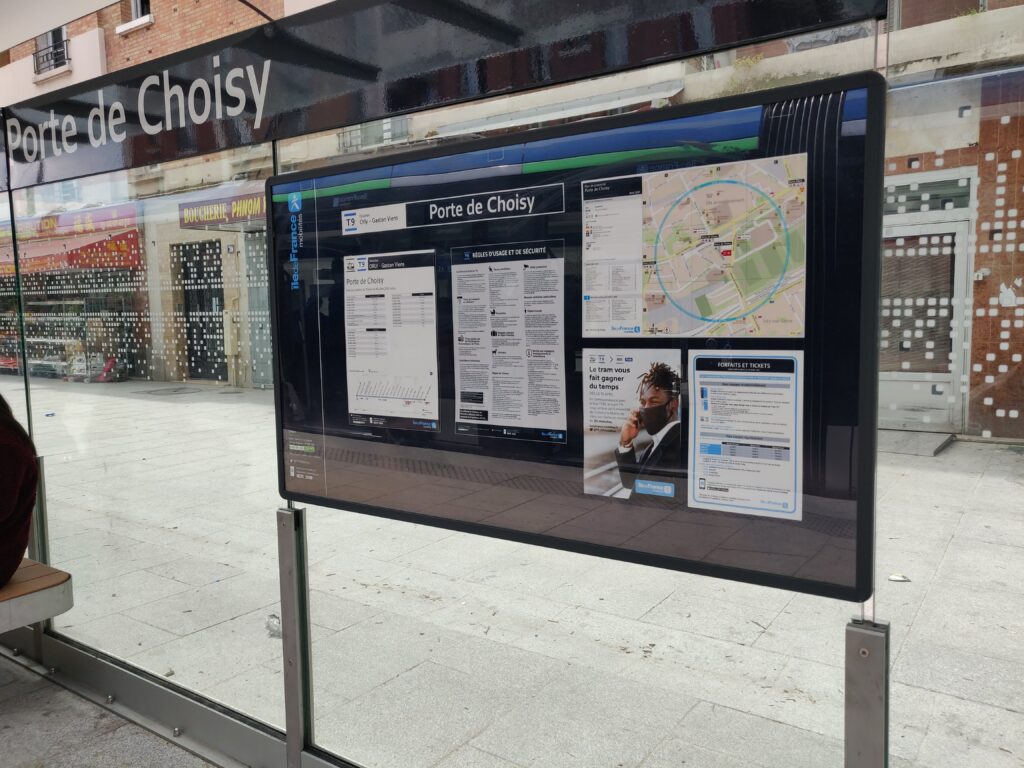 Île-de-France Mobilités is the organising authority for all public transport in the Paris region, and sets the standard for a single, coherent information system for all transport users.

In that context, we were contracted to design, build and maintain a production system capable of delivering plans de proximité with a very high degree of automation.

The Paris region has one of the world’s most complex bus networks, with approximately 80 different operators serving tens of thousands of bus stops. The plans de proximité project allows for the production of a vicinity map specific to each bus stop.

Plans de proximité contain information on other transport services, points of interest, and the street-by-street layout of the immediate area around each bus stop.

The production system is made available to all bus operators in Île-de-France via a custom-designed web portal. The process of ordering plans is intuitive, and the status of all orders can be easily tracked.

The centralised production system produces consistent information across the region, to the exact graphical specifications set by Île-de-France Mobilités.

Our wayfinding platform is built on the back of authoritative topographic data from IGN, and transport service data as published regularly by Île-de-France Mobilités. Both are imported and analysed, then organised in a way that they build up the content required for each plan de proximité.

Bespoke scripts automate the creation of information tabs that appear beside bus stops on the maps. These tabs show the bus stop name, the bus routes serving that stop and their end destination. A small arrow indicates the direction of travel. Similar automated tools are employed to generate indices of transport services, local streets, and nearby points of interest.

Our web portal is the front-end of the production system, and is available 24/7 to all bus operators in Île-de-France. All plans are ordered using the portal. This is an adaptation of similar systems we have put in place for other clients, and offers common functionality such as the ability to view the master basemap, visualise how source data relates to this basemap, and follow the status of all plans ordered.

The plans de proximité production system has been operational since 2017, with thousands of products ordered and produced.

The system continues to evolve as Île-de-France Mobilités works to further refine its goal of improving the information provided to transport users, and to accommodate new plan formats and graphical specifications.