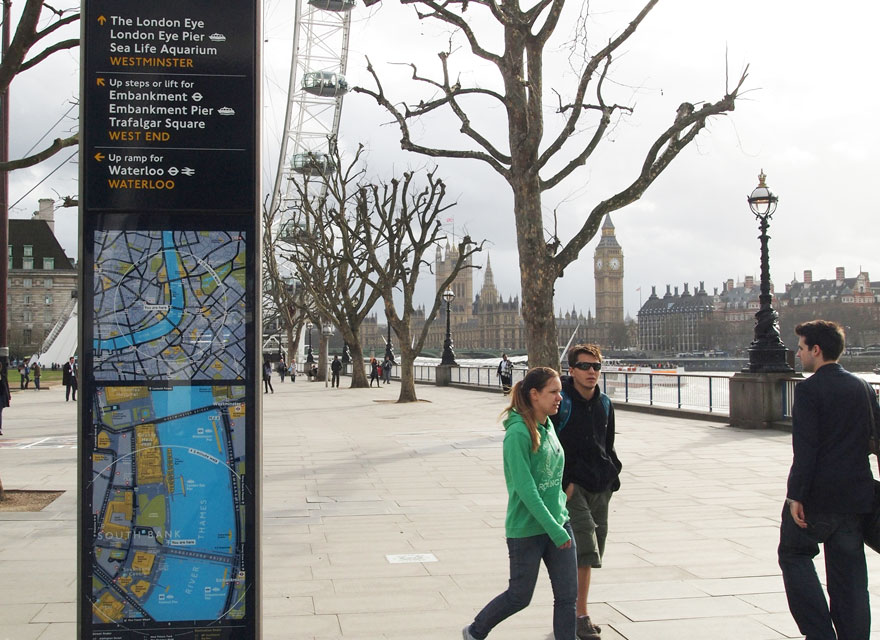 Since 2000 London has directly elected a Mayor of London with responsibility for transport policy delivered by a single organisation, Transport for London (TfL). This has consolidated policies which today include walking as a form of transport.

An influential report in 2004 by Gehl Architects called for a better balance between vehicles, pedestrians and cyclists, improved conditions for walking and promoting a mind-set towards a people-oriented city culture. This, and a host of walkability studies led to Legible London wayfinding, which was introduced to benefit the transport system, economy and public health by providing predictable, consistent information to build pedestrians’ confidence.

The first stage of the LL database rollout was timed for the launch of London’s Cycle Hire system in June 2010. 1,600 maps adorned 400 cycle docking stations, (each site has maps facing two directions and at two scales). In order to meet the needs of the London 2012 Olympic and Paralympic Games the basemap was quickly extended across the full extent of Greater London (1,600km2).

Since its creation the Legible London wayfinding database has been maintained to be current and accurate, utilising stakeholder feedback from all 33 boroughs, the rivers and canals trust and several BIDs. Our online management portal has been indispensable for TfL to oversee and approve basemap updates, track information assets and plan maintenance frequencies. 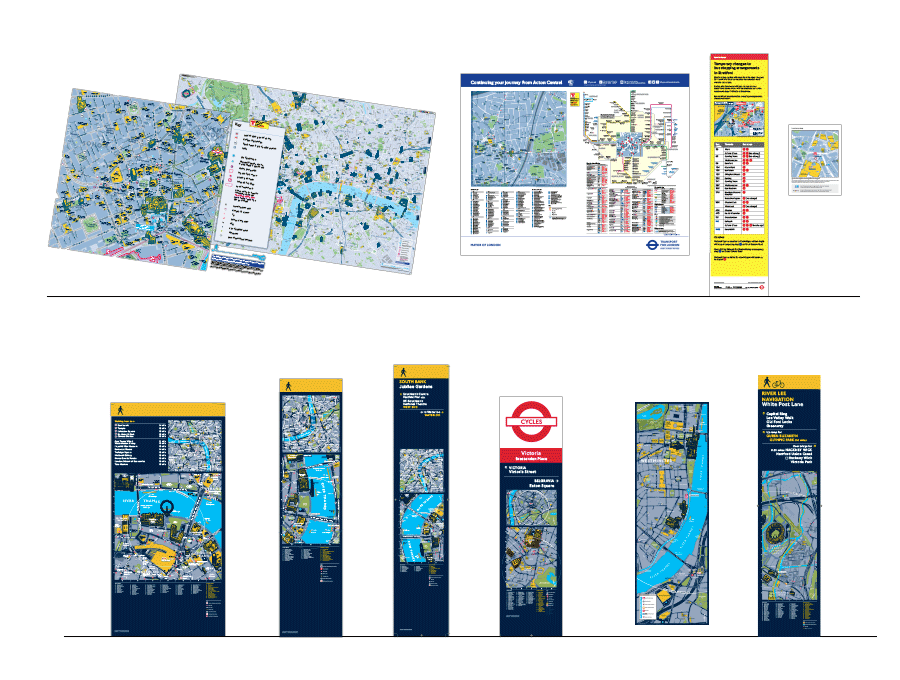