City pedestrian zones and their effect on business 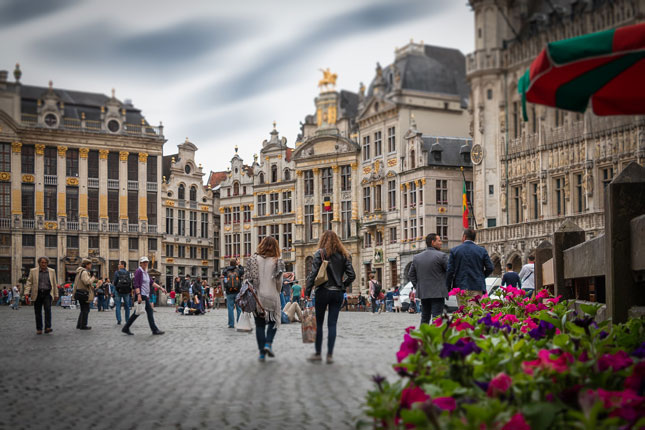 Brussels city mayor Yvan Mayeur was refused service at a restaurant as a protest against the pedestrian zone he has been implementing, one of the biggest in Eurpoe. The chef was protesting against the effect of a car ban on the local economy, along with scores of other shop keepers, some of whom tried to sue the city for loss of business.

This is a surprising reaction which doesn’t align with the image (above) of a modern, pedestrianised shopping street: crowded with people enjoying what the city has to offer, tables from street cafés and restaurants spilling out into the streets, shoppers leisurely passing by on foot or bicycle. This blog has always advocated increased walking as a way to benefit the local economy, rather than harm it.

Whether the economy is dependant on cars is questionable in any case. Research points to the fact that although car users represent the highest spenders, cyclists, pedestrians and public transport users spend smiliar amounts of money and probably more time, visiting more often. A CityLab article gathers research to this effect from a number of major cities including Portland, LA, San Fransisco, Seattle, Vancouver and Toronto.

It seems that Brussels, which expanded its pedestrian zone in June 2015, suffered from bad timing due to the terrorist attacks on 22 March 2016, which prevented people from using the streets in the usual way, and made many people afraid to venture out. The resutling lack of custom would have been difficult to separate from the effects of banning cars and seemed to prove the protesters’ case.

Public opinion wasn’t helped by a hiatus after the scheme was announced, while all the layers of power got behind it (cabinets, administrations and semi-public bodies (STIB, Atrium, etc.), municipal, regional and federal authorities). During this time the building of infrastructure improvements couldn’t get underway and the protesters were able to organise. This led to 92% of shopkeepers considering the car-free zone to have been badly implemented, especially pointing to the lack of progress revamping public squares.

Although a thriving economy is perhaps highest priority, there is more to quality of life than this. Public realm improvements such as Brussels’ pedestrianised zone can bring the following positive effects according to international case studies:

Thankfully the popularity of Brussels’ car-free zone seems to be growing. Surveys showed 85% of local shopkeepers and 80% of visitors from abroad are now in favour of the improvements. 36% of those visiting the city had their choice of transport influenced by the pedestrian zone (presumably towards sustainable options).

A number of cities are planning to follow Brussels by banning or limiting cars (at least on some roads) including Madrid, Oslo, Hamburg, Stuttgart, Paris and Berlin. This proves that cities agree that pedestrian zones increase quality of life while reducing pollution, carbon emissions and congestion, and are not just making policy based on economic gains or losses.