This film by STREETFILMS, a non-profit advocating smart transportation design, shows the success of London’s Cycle Superhighways. Cycle Superhighways are long cycle routes, 40 miles in total, segregated from traffic, running from outer London into and across central London.

The film points out that thanks to improving cycle infrastructure, 730,000 journeys are made by bike per day, a 253% increase since 2000. On Blackfriars Bridge, lying just north of TfL’s Palestra building, cycling accounts for 70% of all traffic.

The cycle wayfinding signage is part of the larger, consistent, Legible London wayfinding system, which encourages walking and cycling by presenting clear, legible maps where they are needed most along people’s journeys. However, applying the information to cyclists journeys required some important customisations: 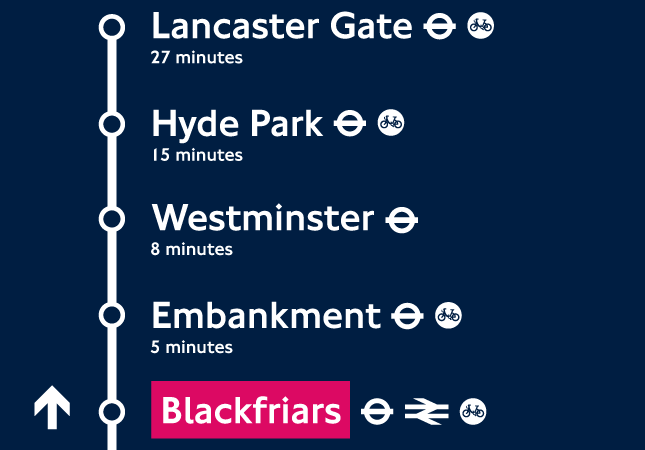 Journey times are very important to cyclists. The knowledge that key areas are a relatively short journey by bike will encourage cycling, as it is often the quickest way to get around. A list of landmarks along the route serve to reassure cyclists along their journey. Here, the choice of tube stations as area names is intentional. The tube map is one of the most well known maps in the world, and most users will have a mental map of London based on it. 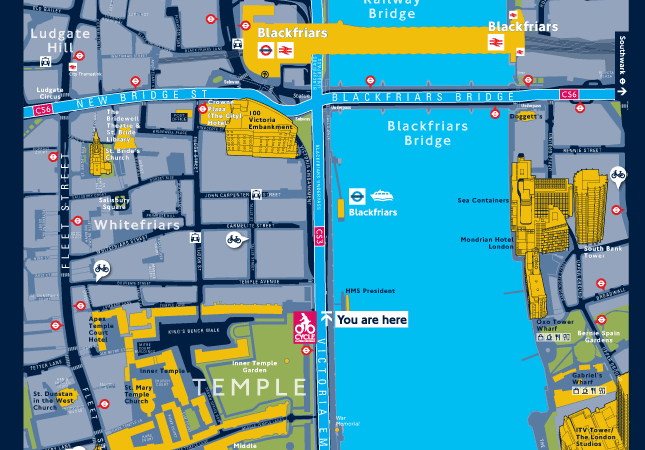 Cycle Superhighways stand out above the classic Legible London basemap. The colour of the route on the map matches the painted road surface, while the bold magenta route numbers and You Are Here symbol are used on other signs in a consistent way. 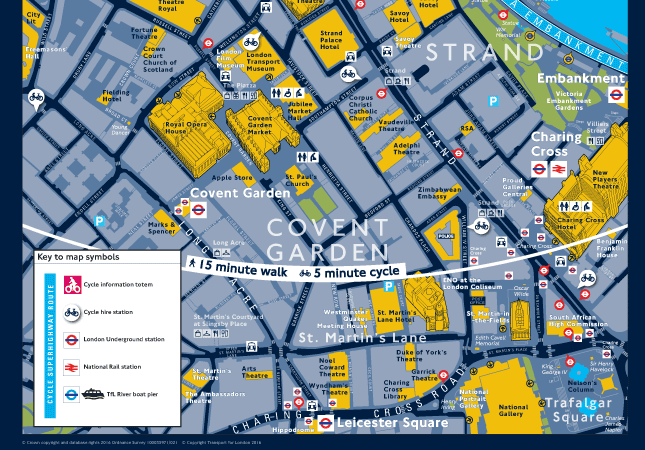 These maps are at the same scale as other Legible London maps, although they are elongated to represent a longer distance covered by bike, compared to on foot. The walking circle represents a 15 minute walk or five minute cycle – three times as far as the well known pedestrian signs.

Wherever infrastructure improvements are expected to change public behaviour, such as persuading people to take up cycling or walking, carefully planned wayfinding information lends powerful support to the strategy.