Walkability of cities is linked to health

The walkability of a city is directly linked to the health of its citizens, a new scientific study claims. Dr Chinmoy Sarkar, the study’s author, says that effective city design can promote healthy, active living among its residents.

Today 54% of the world’s population lives in urban areas. A further 2.5 billion people are expected by 2050. Faced with such growth, cities are becoming acutely aware of the challenges with population increase: worsening air quality, overcrowding on the roads, and a scarcity of welcoming public spaces. These factors are playing their part in an ever more sedentary city lifestyle, with hypertension and cardiovascular disease on the increase. 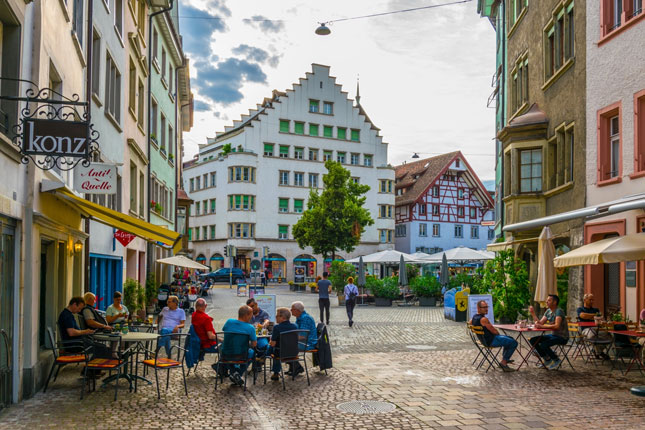 Dr Chinmoy Sarkar is the Assistant Professor of GIS, Urban Health and Environment at The University of Hong Kong. He has long been interested in links between urban design and how that affects the health of people who live there. To Dr Sarkar, it seemed logical that a poorly designed urban space – one that is less “walkable” – would inhibit walking and physical activity, which in turn would be detrimental to health.

Conclusive evidence was required to prove this hypothesis. If a direct link between walkability and health were established, urban planners and city officials could invest in initiatives that improve walkability and achieve a reduction in health costs. Better designed walking environments, and incentives such as city wayfinding schemes, would be justified in claiming to positively affect the people who make use of them. I caught up with Dr Sakar on the phone to discuss his methods and results. 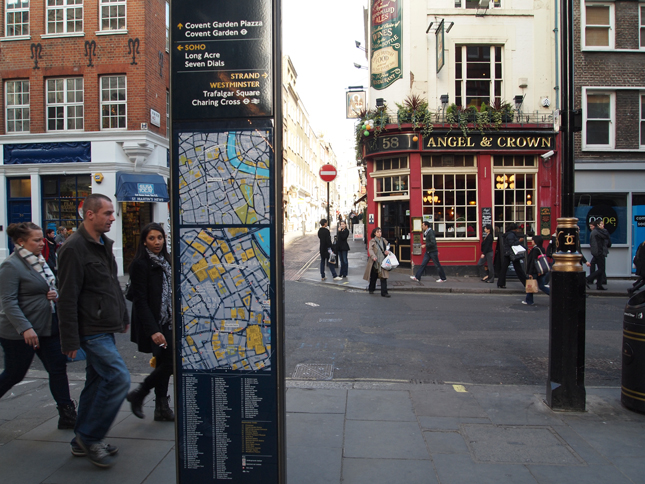 Dr Sarkar and his colleagues sought to study the connection between walkability and health. The first task was to decide how to measure the walkability of a particular area or neighbourhood using a scientifically rigorous method. This data would be correlated with the health of citizens in those neighbourhoods to test the relationship.

Health data was provided by the UK Biobank, a significant medical study database accessible to researchers. This data was used to plot addresses and quality of cardiovascular health (specifically hypertension) for 430,000 subjects from those 22 UK cities.

If walkability and health was indeed related, Dr Sakar’s team expected to find a higher rate of hypertension in areas of lower walkability. In contrast, street segments that scored higher for walkability should also see a proportional decrease in instances of hypertension. Displayed in simple diagram form, the data would plot approximately like this: 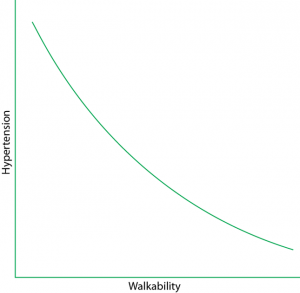 As the results of the study were processed, the pattern established was clearly one that matched this hypothesis. Consistent across age-groups, the link between a walkable city and the health of its population was evident. In simple terms, those urban areas that scored higher for walkability also scored lower for cases of hypertension. A walkable city is also a healthy city. 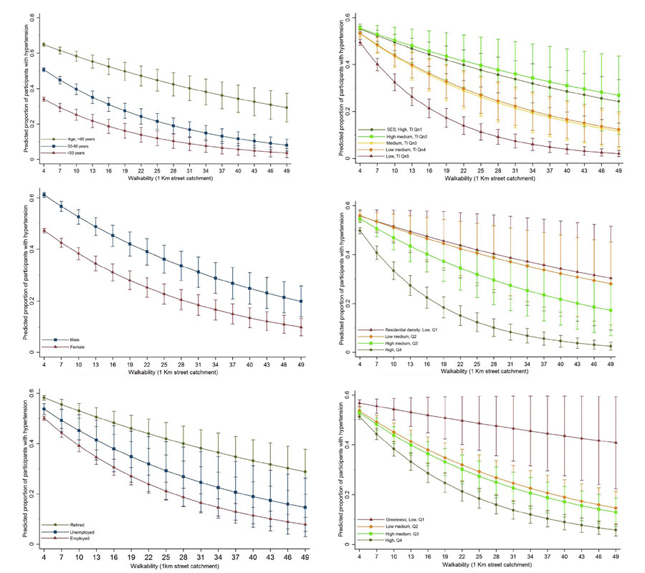 A 2015 study of Italy, Germany, Spain, France and England put the estimated direct cost associated with hypertension at €51.3 billion over ten years. Dr Chinmoy Sarkar hopes that his study will go some way to help city administrators justify investment in urban walking environments that improve the health of the citizens they serve. If a fraction of this health expenditure could be diverted to improving urban environtments, then walking, cycling and active lifestyles could be designed into the urban fabric of future cities.