A new mobility culture after COVID-19 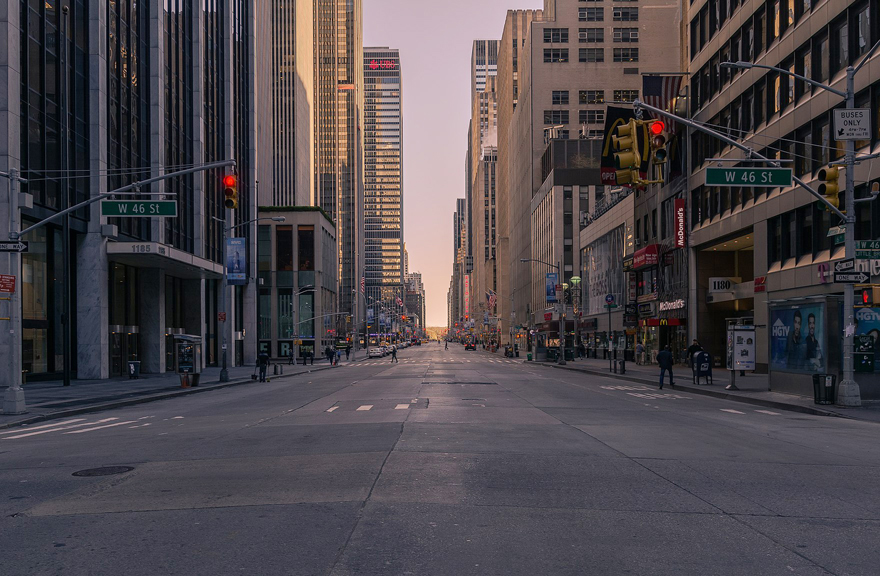 Deserted streets in practically all the world’s cities, eerie pictures of once crowded thoroughfares. Then, slowly but surely, the return to normal begins. But it will be a new normal, with people avoiding potentially crowded public transport and many continuing to work from home.

Cities have been pondering what the return to work will look like, and more than 150 (as of late April 2020) have been using COVID-19 as an opportunity to reclaim street space for walking and cycling. Emergency measures allow these cities to test popup cycle lanes (dubbed ‘corona lanes’), widened footpaths for social distancing, safe streets, slow streets and re-timing of traffic lights to prioritise pedestrians and all forms of light, active mobility. 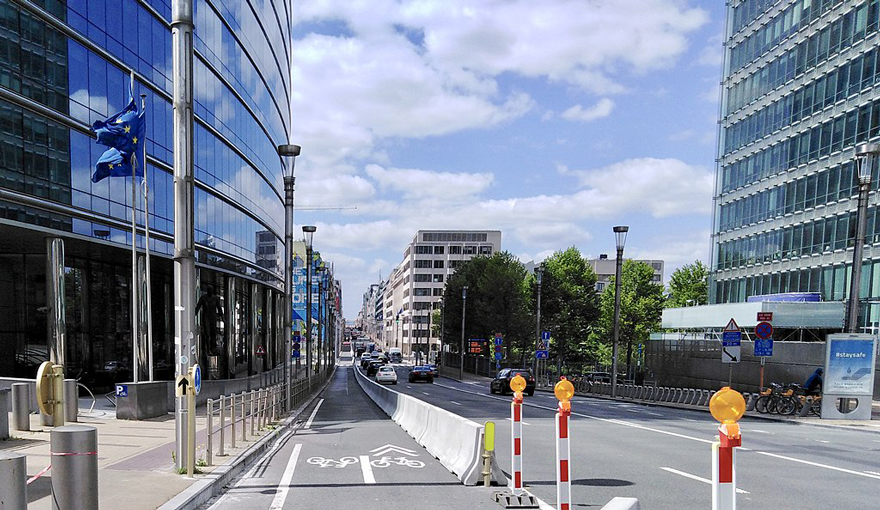 Cities with map-centred wayfinding systems will have a headstart in creating the new normal, with a culture of walking and cycling, as wayfinding information connects directly with people on the street, providing a framework for new mobility choices. 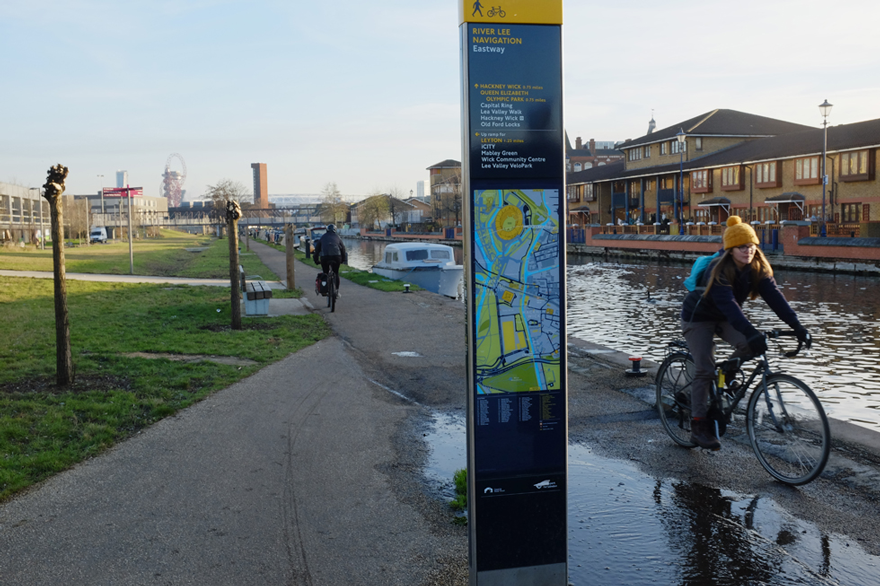 Wayfinding signs are placed where choices are made: (1) between different modes, by showing the availability of footpaths, cycleways and public transport, and (2) between different routes, by providing a map at decision points. A generous number of signs along the way reassures people that they will not get lost, and high visibility of the signs serves as a reminder of how easy it is to choose to walk. 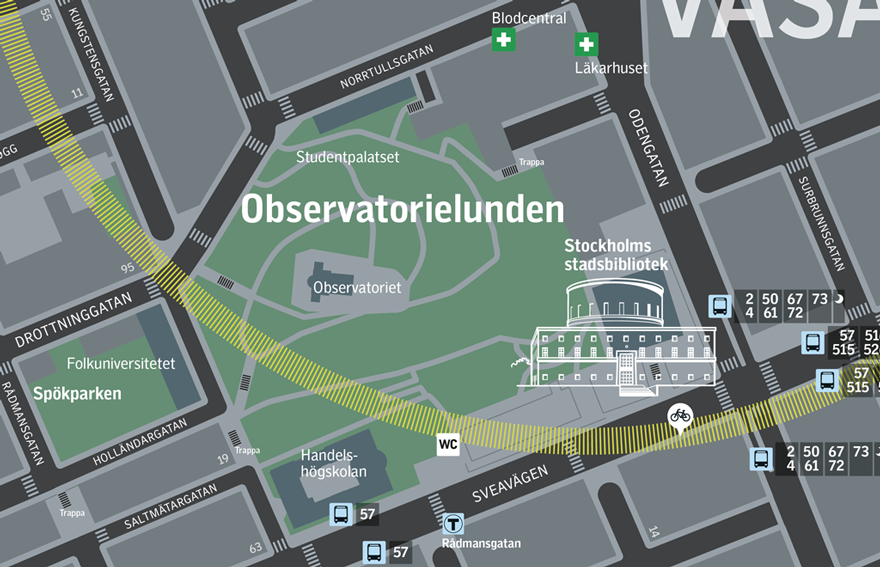 A high level of detail quickly shows the safest and quietest way to walk, while allowing people to choose for themselves. Large scale maps can show detail down to the level of pavement widths and recommended road crosssings as well as displaying footpaths through green and pleasant public spaces. 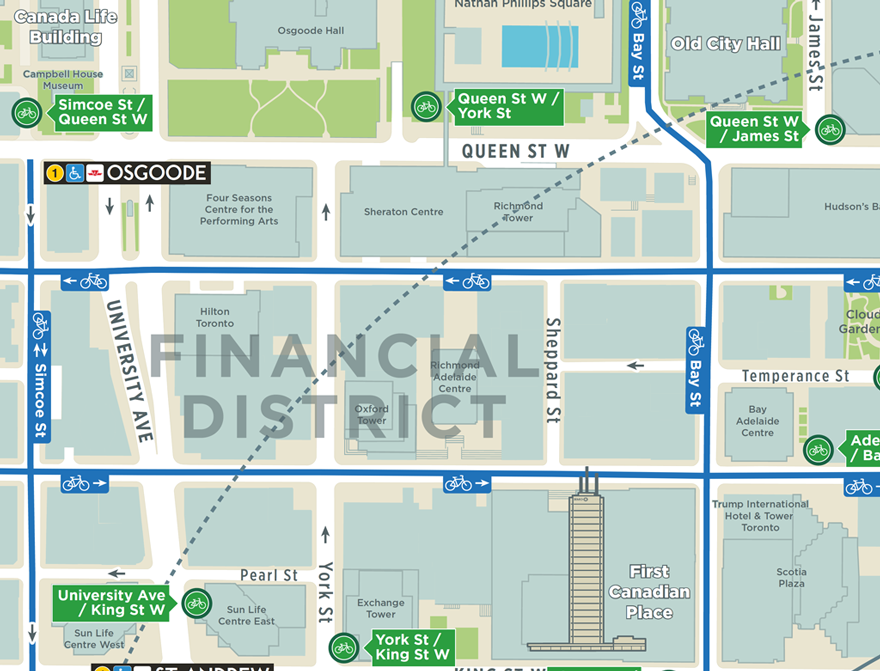 New, improved walking and cycling infrastructure can be highlighted on maps, particularly in cities where lots of emergency measures are being introduced quickly. 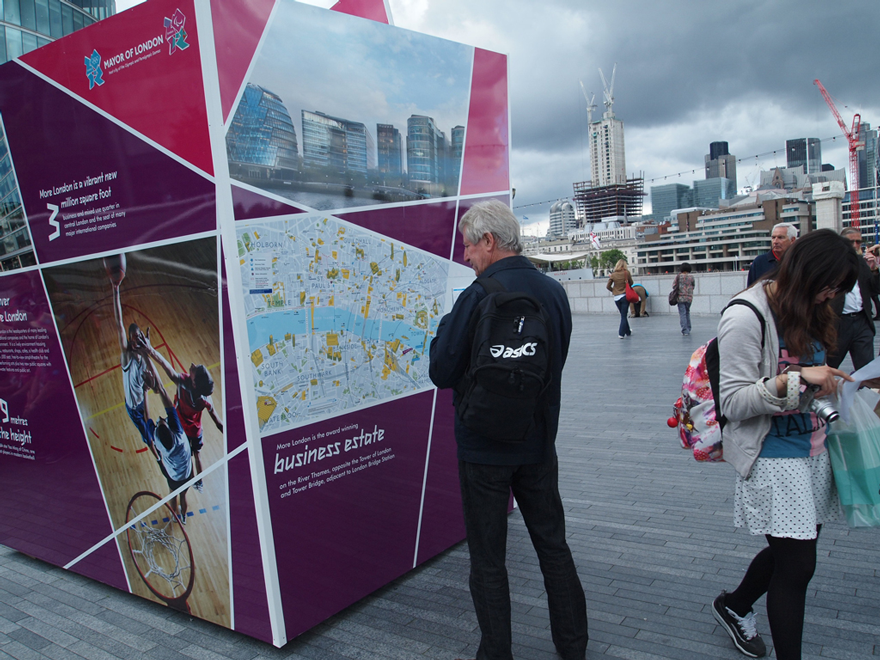 Many cities hope that emergency measures gain test and acceptance so that their permanent introduction will become inevitable. City Wayfinding helps to entrench these measures by visualising changes directly on the street where the information is needed. That is how to create a new mobility culture.